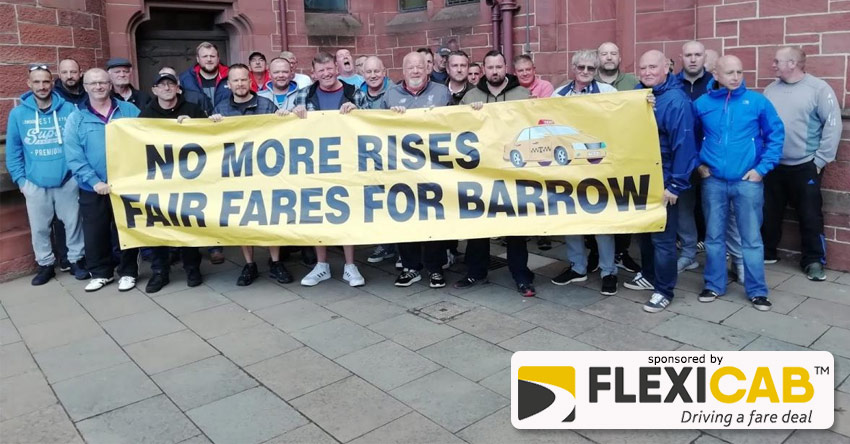 TAXI drivers have welcomed the council’s decision not to introduce booking fees because of Barrow’s level of deprivation.

Earlier this month Barrow Borough Council’s licensing regulatory committee rejected a bid from Ubaro to allow them to introduce a booking fee of up to £3.50.

The firm said in its request: “Having looked at a number of other areas across the country, Barrow BC is the only authority that do not seem to have the requested booking fee currently in operation.”

Bosses at Barrow’s Uber-style booking app highlighted Lancaster as a case study where a minimum £4 booking fee is in operation.

Ubaro, which launched in October and is run by the same two businessmen behind Barrow Eats, said without a booking fee they would be running ‘at a loss’.

“We are reliant on this booking fee coming into operation as soon as possible so that our planned financial model can be followed. Initially this was not an issue, but as a result of the vast majority of standard firms moving in-line with rank-rate, we can now only match that rate rather than exceed it which is a key issue for us,” Ubaro said.

Members of Barrow Council’s licensing committee were recommended to approve a proposed booking fee of up to £3.50 for taxis at a meeting in November.

The booking fee would not have been compulsory.

Furness Taxi Trade Association, which represents the majority of taxi drivers and hackney cabbies, objected to the proposal.

At the meeting earlier this month councillors rejected the application and cited the level of deprivation in Barrow as a reason.

However the committee did agree to review the decision once a year.

The committee said: “The committee was not convinced that many of the trade wanted to introduce a booking fee.

“The committee felt that introducing a booking fee and increasing the cost of using hackney carriages was contrary to the public interest of maintaining affordable fares.

“The committee felt that the introduction of a booking fee would have an adverse impact on some of the most vulnerable residents in the town who were reliant on taxis; the town has high levels of deprivation.”

Bob Mullen from the taxi association said: “A booking fee would have had a negative impact on the trade and fares had already increased recently.”