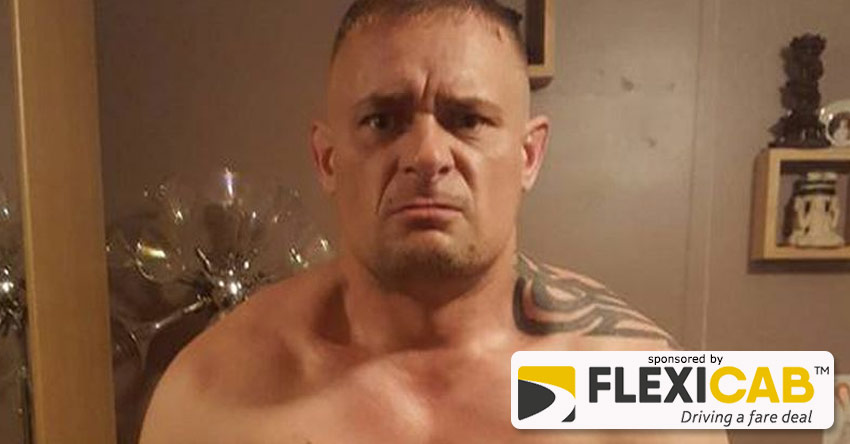 A dad robbed a taxi driver at knife point for just £20 with a pal half his age after they ran out of cocaine during a drugs binge.

Craig Hatch, 40, who nicknames himself 'The Horrible Hatch' on social media, left his victim fearing for his life following the ordeal in Oldham last year.

The dad-of-one and his co-defendant Leon Setterfield, 22, were high on cocaine when they concocted their 'unsophisticated' plan, a court heard.

Prosecutor Miss Lisa Boocock told Minshull Street Crown Court: "The taxi driver picked up these defendants with Hatch sat in the rear side and Setterfield in the front.

"Setterfield extended his hand towards the driver who initially thought he wanted to shake his hand and then saw the defendant had in a brown, rusty blade in his hand.

"The driver handed over £20 and Hatch asked for more, saying ‘give us the notes’. But the driver said that was all he had."

Police were called and officers found the pair hiding in the home of Hatch's father.

Hatch later claimed he had been diagnosed with a 'drug induced psychosis' due the split with his ex-partner.

In a victim impact statement read to the court, the taxi driver said: “If I didn’t have any money I could have been killed. I had a friend who was killed by his passenger who was sat behind him I thought I exact same thing was going to happen to me.

''I have been working as a taxi driver for 23 years and this is the first time this had happen to me. I’m just trying to earn a living in my community.  If I can’t feel safe I won’t provide this service - taking people to the airport or the hospital.

“I did go back to work a couple of days later, I had to do it for wages. I felt very scared. I picked up a regular fare and they got into the taxi.

“I was very scared as they brought the robbery back to me. The customer asked if I was OK. This incident will stay with me for all my life. I can’t do anything about this.  My company no longer picks up fares from the street but only from permanent addresses.”

At Minshull Street Crown Court, Manchester, Hatch was jailed for five years and three months after he admitted robbery and having a bladed article. Leon Setterfield, 22, of Oldham was jailed for 12 years and ten months after he admitted the robbery plus an unrelated offence of wounding with intent following a knife attack against a fellow prison inmate.

Hatch has previous convictions for robbery criminal damage and having a bladed article but said he had quit his life of crime for ten years after settling down with his girlfriend and young son. He said he began re-offending after they split up in 2013.

Hatch’s defence lawyer Keith Jones said in mitigation: “He turned 40 two weeks ago and he had his 40th birthday in prison. This is an unsophisticated offence, opportunistic a reaction to a situation that both these defendant’s found themselves in.

“At the time they were high on cocaine and then saw an opportunity to gain more money to buy more drugs. He offers genuine remorse. There was a 10 year spell of non-offending but he started to offend again and he recalls around that time having a significant break down in his relationship with his son’s mother.

“He has been diagnosed with drug inducted psychosis and the trigger of the breakdown of his relationship caused him to start using drugs again he had been in custody for several months now and during that time he had been clear of drugs. He now sees this incident as a turning point in his life.”

But sentencing Judge Tina Landale said: “This was a very serious offence of robbery by knifepoint on a taxi driver - a vulnerable person providing a service to the general public. This was a joint offence - you deliberately armed yourselves each with a six-inch bladed knife having ordered the taxi to collect you solely for the purpose of stealing money with violence.”