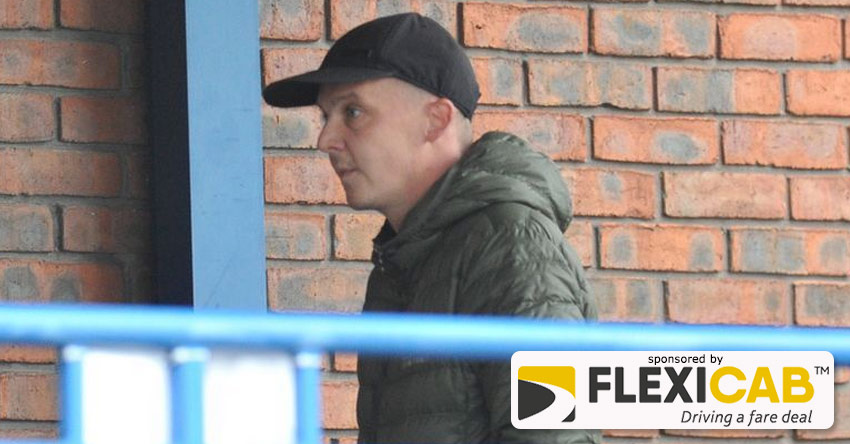 A drink-driving businessman with FOUR passengers in his front seat rammed a police car and hit a taxi as he reversed down a Midlands street.

Two police officers were forced to "jump out of the way" of John Woolley's van in Hanley.

The businessman repeatedly reversed into a cop car after officers noticed he had four passengers in the front seat of his van.

The 31-year-old was driving a Ford transit along Century Street when he came to the attention of officers who also spotted his headlight wasn't working.

He then crashed into a parked vehicle and a taxi before reversing into a police car to try to avoid arrest at 1.30am on June 15, reports StokeonTrentLive .

When he was arrested, the defendant gave a reading of 54 micrograms of alcohol in 100 millilitres of breath - the legal limit is 35.

And he was also caught with cannabis.

Now Woolley, of Knutton Lane, Newcastle, has been jailed for 12 months at Stoke-on-Trent Crown Court.

Prosecutor Benjamin Lawrence said: "A number of police officers were dealing with a separate incident on Century Street when they observed a Ford Transit van being driven by the defendant.

"The officers approached the van and asked the driver to stop. The driver didn't comply and instead reversed at speed down Century Street in the direction of Cobridge Road.

"An officer ran after the van and was banging on the bonnet shouting that he was a police officer and for him to stop. The van didn't stop and continued to reverse, it then collided with a parked vehicle.

"The officer continued to run alongside the van and opened the door but the van continued to reverse and collided with a second vehicle, a taxi, which was occupied by a taxi driver.

"The van then drove forward causing the officer to take evasive action to avoid being struck by the van. Another officer was in front of the van and he had to jump out of the way but he was clipped by the wing mirror of the van.

"After that the van was stopped and the defendant was arrested, the other passengers were able to make off from the van and were not detained.

"The defendant was found in possession of cannabis consistent with personal use and at the police station he was interviewed and breathalysed providing the reading of 54 micrograms of alcohol in a 100 millilitres of breath.

"The incident caused significant difficulties for the taxi driver. As a result of the damage he wasn't able to use his taxi for some time and he had some minor injuries.

"He has has had to pay the excess for his insurance claim and has incurred loss of earnings as a result of the taxi having to be repaired."

Woolley pleaded guilty to dangerous driving, possessing class B drug cannabis and drink-driving. He has three previous convictions for environmental offences in 2014.

He said: "On this occasion he had been to his friend's house and had a drink after a row with his partner. He then had a call from friends asking for a lift and he went to pick them up.

"He is remorseful for his actions and is devastated about what he has done. He is 31, he has a young family and he has his own company and the position is if he goes to custody his business will fail that is a certainty.

"He and his partner live in rented accommodation, he is the main bread winner. His partner works part time for New Look and takes home around £700 a month but he's responsible for the bills and rent and other financial commitments.

"His business employs two permanent staff and they would lose their jobs if he goes to custody."

Judge Kershaw said: "Your driving came close to being some of the worst dangerous driving courts deal with. You engaged in deliberate reversing into police vehicles and whilst there wasn't large injury caused here you were doing that whilst intoxicated."

Judge Kershaw also disqualified Woolley from driving for 28 months and ordered the forfeiture and destruction of the cannabis.