HORRIFIC MOMENT A DEFENCELESS TAXI DRIVER IS ASSAULTED BY HIS PASSENGERS 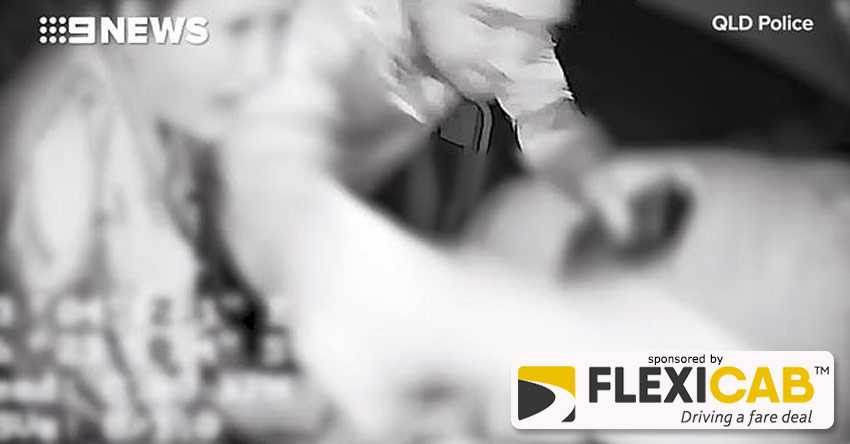 Shocking video shows a taxi driver being assaulted by his passengers because he refused to take them through a fast food drive thru.

Police are on the hunt for the two passengers who allegedly attacked the defenseless driver in Noosa, Queensland, on September 7.

CCTV footage shows a man in the front seat of the maxi taxi appear to verbally abuse the driver before punching him in the head repeatedly.

Another man in the second row of seats then started throwing punches at the driver from behind.

The scuffle started on Hastings Street in Noosa Heads after the group of 11 adults and children handed over cash to the 35-year-old taxi driver.

According to the taxi company, it is policy for drivers to refuse to take passengers to fast food drive-through windows.

Police allege the driver was attacked after he pulled over and asked the man in the front passenger seat to get out.

The driver wasn't seriously injured, and police are asking to speak with anyone involved in the alleged assault.