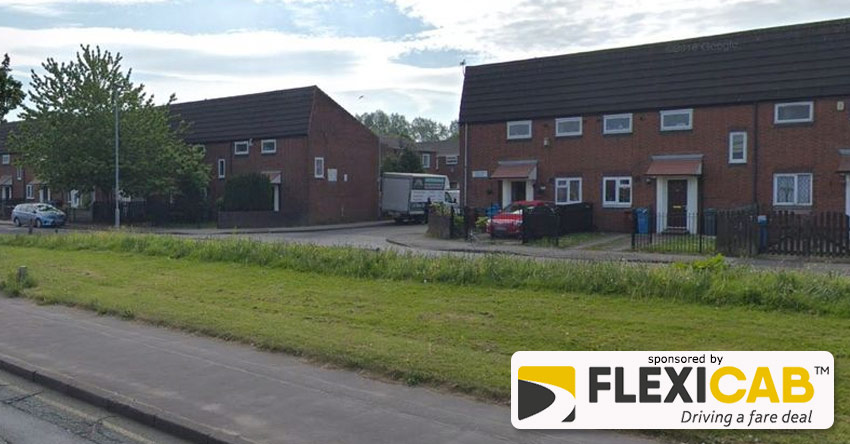 A gunman fired a shot at a taxi with the driver and a passenger inside, police have revealed.

Detectives have launched a major investigation and are appealing for witnesses.

No one was injured.

Police have described the gun attack in Newton Heath on Sunday as 'an isolated incident' and said they 'believe there is no wider threat to the community'.

The taxi - which hasn't been described by police - was shot at as it pulled out of Harmer Close, a cul-de-sac off busy Oldham Road.

Police said the gunman then got into what witnesses described as a light-coloured Audi car and began to pursue the taxi.

The Audi hit the taxi on Oldham Road before both vehicles continued on towards Manchester city centre after the collision.

No further details have been released by GMP.

Police were called to the scene shortly before 3.05pm on Sunday.

A GMP spokesman said: "Early enquiries suggest that the offender shot at the taxi, which had the driver as well as a passenger in it as it left Harmer Close.

"The offender then got into what witnesses described as a light coloured Audi and began to pursue the taxi.

"The taxi made its way down Oldham Road as the Audi collided with it, before both cars continued towards Manchester."

Making a direct appeal to anyone who was in the area at the time and saw anything suspicious to come forward, he said: "Thankfully no one was injured in this incident.

"However that doesn’t mean to say that we are not treating it extremely seriously.

"We have a dedicated team of detectives working hard to establish the facts and trace those responsible, however I would like to stress that we cannot do this alone and often vital evidence lies with witnesses and members of the public.

"I'm particularly keen to speak to anyone that was on or around Oldham Road at the time of the collision between the Audi and the taxi and may have seen something that didn't seem quite right.

"No matter how insignificant it may seem- any information could prove invaluable.

"I feel it is also important to take this opportunity to stress that we are treating this as an isolated incident and believe there is no wider threat to the community."