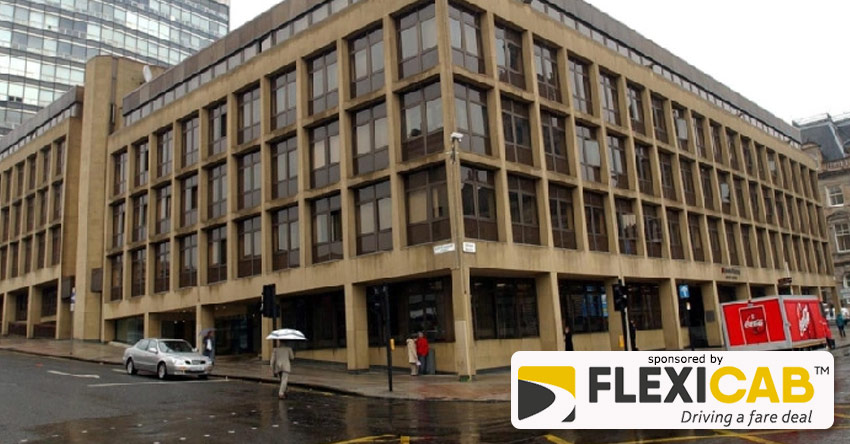 A TAXI driver who verbally abused four elderly passengers who had been enjoying a tour of Glasgow City Chambers had his licence suspended.

Michael Houston collected the women who were in their 70s in February this year from council buildings at George Square and was asked to drop them off at Buchanan Bus Station.

On the way the women asked Houston if they could be taken to La Bonne Auberge but Houston failed to acknowledge their request and continued to drive while on his mobile phone.

He stopped outside the restaurant on West Nile Street and took the fair including a tip. The women struggled to open the door and had to ask the driver for assistance.

He repeatedly told them to use the yellow handle before losing his temper and swearing at them.

When Houston was asked to give the tip back he said “that will be f***ing right.”

A complaint was then made to Glasgow City Council regarding Houston’s bad temper.

Houston was asked to attend an interview with enforcement officers of Glasgow City Council following the complaint.

He was also fined £100 from Glasgow Taxis. Houston was brought before the licensing committee on Wednesday to explain his actions.

He said: “I was not aware of any problems and took the passengers to La Bonne Auberge as they requested. I did tell them to use the yellow handle and I may have muttered something

under my breath but I didn’t use this language.

I don’t understand where this accusation came from.”

Councillors slammed Houston’s behaviour and said he had tarnished the reputation of Glasgow Taxis.

Councillor Alex Wilson said: “These were four senior citizens who had their day ruined by your behaviour. They were not drunken youths.

“You did not give them a good customer experience and have tarnished the reputation of Glasgow Taxis. They will now use private hire cars as they think they are going to get a better service.

“You have let down these four individuals.”

Houston said that it was not his intention to ruin their day. It was also pointed out he had been suspended in 2014 for a similar incident.