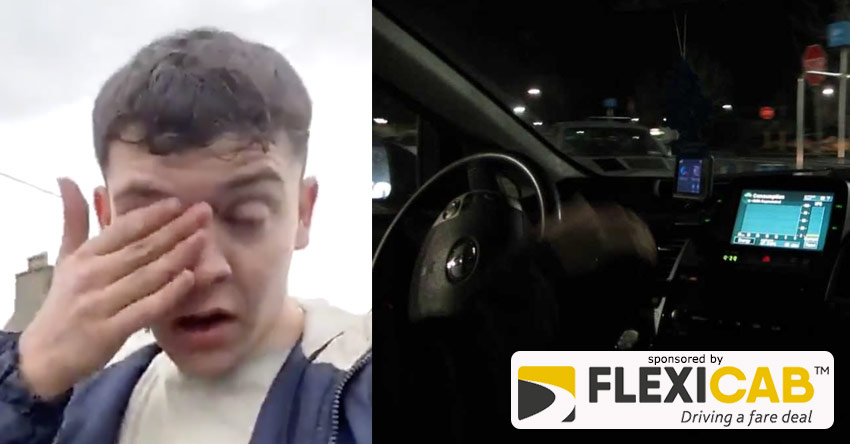 A clubber had a night out to forget after ending up more than 100 miles away from home when he fell asleep in an Uber.

Joseph Fergie had just enjoyed a night at ATIK nightclub in Edinburgh on Friday when he decided to get an uber back to his home in Leith.

After drunkenly ordering an Uber to pick him up after the club shut in the early hours, the 20-year-old fell asleep inside the cab.

The uber driver then woke the call centre worker up from his post-drink slumber at 8.30am to alert him that he had arrived at his chosen destination.

“I woke up still drunk and when I saw sheep kicking about the countryside - I thought the guy had taken me to Musselburgh ”, Joseph told the Daily Record .

He was soon shocked to discover that he had ended up in Kirkcudbright in Dumfries and Galloway - more than 100 miles away from his home.

Joseph turned to sending a Snapchat of his location to his pals, who were quick to see the funny side of what he described as the “strangest day of his life.”

“I ended up telling all my pals about the situation and they just burst out laughing. They couldn’t believe what happened”, he added.

Joseph then faced a frantic search to find transport home as his phone’s battery was close to running out of charge.

After transferring from several buses and trains, the 20-year-old managed to make it back to Edinburgh at around 3.30pm on Saturday - more than 12 hours after the club shut its doors.

But his calamitous ride has failed to put a dampener on his weekend and he confirmed that he still be heading off out on Saturday night - despite being more than £400 lighter.

Joseph said: “I’m still trying to piece together what exactly happened last night and I am chatting with Uber to see if they can help in any way.

“I’ve had never heard of Kirkcudbright before last night and I doubt I’ll be able to ever forget it now.”