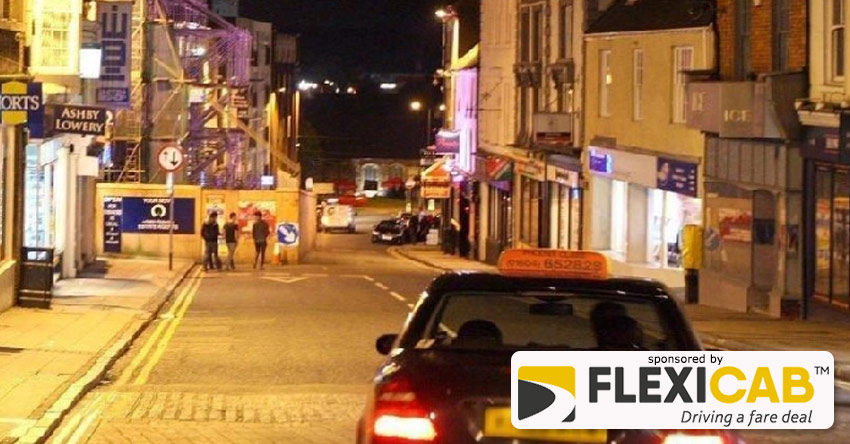 A man who punched a 64-year-old Northampton taxi driver to the floor after his girlfriend wrongly claimed he was trying to 'attack her' has been spared jail.

Casey Providence, of Henry Bird Way, arrived to the crowded scene in Bridge Street to find three taxi drivers waiting around a cab where his partner had locked herself inside. She had phoned him minute earlier and said the men were trying to 'attack' her.

The 25-year-old's response was to wade in and beat the 64-year-old taxi driver for almost a minute, in what Northampton Crown Court yesterday (September 7) heard was a "barrage of blows".

The incident began on December 9 last year, when Providence's girlfriend climbed into a taxi from outside a nightclub in town centre at 7pm.

But soon after the journey began, an argument broke out in the taxi. The passenger thought the driver was taking her somewhere else, and the driver thought she had said a different location.

It was as the taxi drove down Bridge Street that the passenger told the driver she would not pay and opened the door as the car was moving.

Having now decided he did not want the fare, CCTV showed how the driver got out and tried to pull his passenger out the car.

Prosecutor Mr Ben Gow told the court: "he took his keys from the ignition and tried to remove the passenger.

"But she then locked the passenger door, and then jumped into the driver's seat to lock the car."

Footage showed how two other taxi drivers arrived to the scene, until the 64-year-old driver and two other men were left standing around the locked car.

But what they did not know was that inside the taxi, the passenger had called her boyfriend - Providence - and told him the driver was trying to 'attack her'.

Within a minute, Providence arrived on Bridge Street in his own car, before he threw off his jacket, marched up to the three waiting drivers and punched the 64-year-old in the face.

Mr Ben Gow said: "It was nothing less than a barrage of blows.

"He repeatedly punched the driver, who then tried to run away, before pushing him to the floor and kicking him repeatedly. It was a sustained attack."

Police arrived shortly after the attack began and arrested Providence - who, after reportedly having the situation explained to him, apologised and gave a full statement to the police about what happened.

The victim sustained extensive bruising, a black eye and a cut lip from the attack.

The 25-year-old attacker later pleaded guilty to assault, and admitted to police he had 'lost it' at the time but regretted 'taking justice into his own hands'.

Recorder Bernard Thorogood, who sentenced the case, said: "It seems to me he was angry when he arrived, and found his girlfriend in a locked car surrounded by three men after a distressing phone call.

"But the thought in your mind does not provide you with mitigation... This was a sustained attack against a man who offered you no violence or even the slightest resistance. He didn't even lift his hands to fight back.

"But I do believe you when you say you are genuinely remorseful... I am just - only just - willing to suspend this sentence."

Providence was handed a 14-month prison sentence suspended for 18 months. He will also complete 80 hours of unpaid work and was ordered to pay the victim £1,500 in compensation.