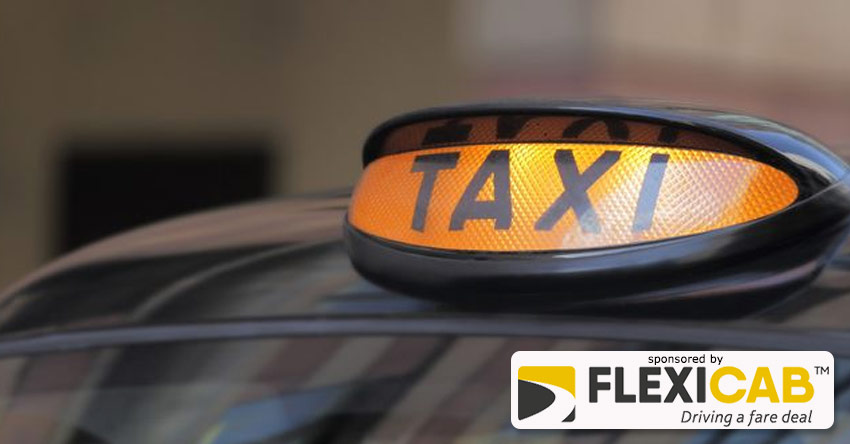 A cab driver who assaulted a man and his fiancée during a dispute over a fare in Yeovil told a court that he had approached the pair outside his vehicle because he felt he "deserved an apology" for having been sworn at.

Nicholae Paunescu was booked to collect the young couple from outside the Railway Hotel on Hendford Hill, but when he asked for the money upfront they said their friend, who had made the booking, had arranged to pay him on arrival.

When the couple exited the car the male slammed the door and was then approached outside by the defendant who put his hand over his face and shoved him backwards.

When his fiancée tried to intervene Paunescu turned to her and grabbed her by the chin and throat area, pushing her backwards where she narrowly missed hitting a telegraph pole.

The 44-year-old defendant, of Roping Road, Yeovil, appeared in the dock before District Judge David Taylor, sitting at Yeovil.

He pleaded not guilty to assaulting Simon Bishop and Katie Tilley by beating them during the incident on January 5 this year but was convicted following a trial.

Prosecutor Thomas Faulkner said the two assaults occurred after the defendant was called to collect a fare outside the Railway Hotel at 6pm.

Mr Bishop and Miss Tilley were waiting outside after a friend had ordered the cab and told them it was agreed with the company that payment would be received on the couple's arrival because they had no money themselves.

"The two victims got into the back of the taxi, however they were never taken anywhere but remained inside for several minutes while there was a disagreement over payment upfront," he said.

"Mr Bishop tried to contact his friend while the defendant contacted his head office and was told that one of the passengers' mobile phones was to be taken as collateral.

"However this did not sit well with Paunescu and he refused to take the victims from the hotel so they left the taxi."

"He then approached the couple and used an open palm and pushed against them both separately and there was no offer of violence towards him," said Mr Faulkner.

Giving evidence at the trial Mr Bishop said that Paunescu had refused the offer of his fiancee's iPhone as collateral for the journey and said that after he got out he shut the door hard so it wouldn't spring back open, which had been his experience in the past.

He said the defendant then got out of the car asking, "why did you slam the f***ing door?".

"He walked towards me with an angry expression on his face and clenched fists and I did not know what to expect," he said.

"I tried to explain why I shut the door hard but he was not in the mood to listen and he then placed his right hand over my face and shoved me backwards.

"I spun around in a defensive stance and my fiancée told him to f*** off but he then grabbed her by the chin and throat and shoved her backwards and she narrowly missed a telegraph pole.

"She then burst into tears because she was terrified and we went to the police station to report the matter."

Giving evidence from the dock, Paunescu said that it had been his right to refuse a fare if they refused to pay upfront as he could not be sure he would get the money on arrival.

He said he was a "very educated person" with a degree in maths and knew how to be civilised and polite to people.

"When they realised they would have to walk they became very angry and started saying things like 'stupid bloody driver' and 'idiot'," he said.

He said that after he assaulted Mr Bishop, Miss Tilley had to step in between them to prevent her fiance from being aggressive back and said that they had got into his personal space.

"I deserved an apology and did not deserve to be sworn at and was polite at all times," he added.

Andrew Rossiter, managing director of Radio Cabs, who the defendant worked for, told the court that it was company policy for all fares to be paid upfront to guarantee payment or the driver would be responsible for it themselves.

He said: "It is the driver's responsibility to collect it himself and we would not encourage taking collateral, however we would not leave a young lady standing at the side of the road on her own.

"But on this occasion it had not been agreed that the fare would be paid for at the destination and we would not normally agree to this as we have been let down too many times."

District Judge Taylor said that Paunescu conceded he was used to being sworn at during his job but said that the couple had already left the car and were about 15 metres away when he approached them.

"If they had been walking away why did you approach them? You said that you felt you deserved an apology and that you did not deserve to be sworn at," he said.

"You wanted to get close enough to them to speak to them about that, and whilst understandable....it seems there was no reason why that was going to help anybody."

He said the defendant acknowledged he had been the only person to use any force and said there was absolutely no reason for him to have assaulted the couple.

"The fact that you said you did not deserve to be sworn at makes me satisfied that you were the aggressor in this case and did not have a belief at the time that you needed to defend yourself and find you guilty of both matters of assault," he said.

Defending solicitor Greg Peters said that there were no injuries suffered by the victims and the defendant was of previous good character.

He also said the convictions would have a great impact upon his career as a self-employed taxi driver.

Paunescu was fined £150 for each assault and ordered to pay the trial costs of £775 and a £30 victim surcharge.