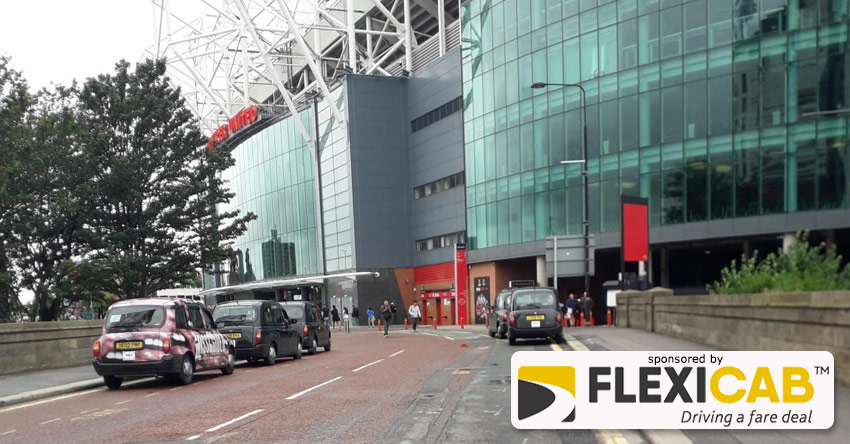 COMPLAINTS have been made over the negative impact of anti-terror barriers which have been installed outside Manchester United Football Club's ground. Hackney carriage drivers have been operating from a rank at Old Trafford for several years.

But this new security is having a "harmful effect" on business, according to one driver.

The council says they have been working with the football club for several months to put additional security in place around the stadium.

A football club spokeswoman said the taxi rank area will be "reconfigured" with the same number of spaces made available in Sir Matt Busby Way.

They say taxi trades representatives have been involved in the discussions since early in 2019.

Stuart Nevin, who has worked as a black cab driver for seven years, said: "We were informed that boulders were being put in but now we are not visible to potential clientele from the stadium.

“The rank was previously right in front of the ground. Now we have had to relocate to outside Hotel Football but there is no signage so no one knows where we have been moved to. And even if they do find us, no one knows what order we are in. We are strewn across the road.

“The council has not helped us at all.”

Mr Nevin, aged 56, described the situation as "woeful" but said he understood the barriers were for safety. The taxi drivers say they attended a meeting with council representatives two months ago.

Mr Nevin claimed that a GMB trade union member had asked Trafford Council for support and had been told they would be given signage as well as a temporary rank.

The bollards were installed on Friday, August 9.

A spokesman for Trafford Council said: “The security of fans attending matches at Old Trafford is vital and we have been working with Manchester United on part of their proposals to increase security around their stadium for a number of months.

“The recognised taxi trades representatives have been involved in this process from early this year with a number of meetings taking place with them.

“When the scheme is fully completed, a smaller rank will still be available near Hotel Football and the other existing rank on Sir Matt Busby Way near to Railway Road will have been extended.

“This means that the overall number of spaces will remain the same for visitors to the area.

“There will also be signage provided to direct customers to both ranks.”

Manchester United Football Club said that the safety of those who attend the ground was of "paramount importance" and that taxi drivers have been consulted as part of the security upgrades.

A Manchester United spokeswoman said: "The security of everyone who comes to Old Trafford is of paramount importance to Manchester United and after an overall review of the area around the stadium, opportunities to improve security measures were identified.

"This included the installation of further security bollards on Sir Matt Busby Way.

"Local representatives from the taxi driver community were consulted by Trafford Council and made aware of the process and reasoning behind the changes.

"Trafford Council plans to reconfigure the taxi rank areas, ensuring spaces are still available on both sides of Sir Matt Busby Way, with the overall number of spaces available remaining the same."