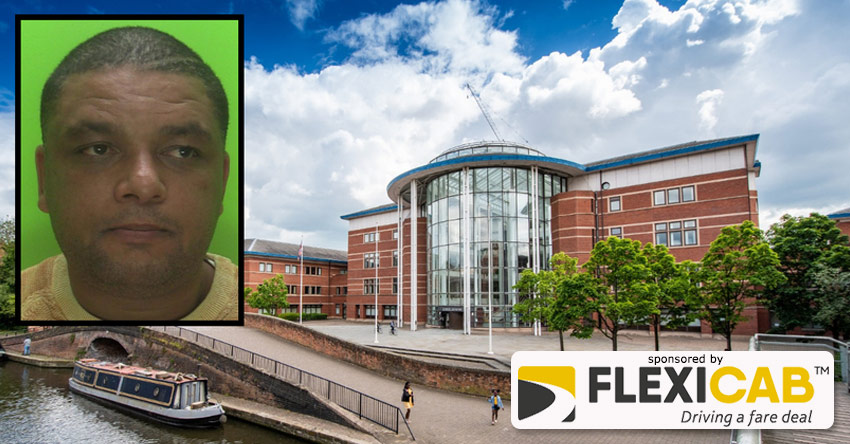 A festival organiser was locked up for kicking and shoving his partner, as a judge told him: "The sentence will express society's repugnance."

A city centre camera captured the attack by taxi driver Loui Moses, who admitted assault by beating on George Street in Nottingham early on Monday, August 19.

The footage was shown at Nottingham Magistrates' Court on Tuesday before a 14-week prison term was imposed by District Judge Leo Pyle.

The judge said: "You were hitting her, kicking, kicking again and kicking a third time at a distressed woman who is left in the road. She is pushed into the middle of the road and you mock her.

"She fell back clearly in pain. You stand over her still finger-wagging at her when the police arrive.

"You treated this lady in a brutal fashion, and hotel staff were so concerned they alerted the police.

"You express remorse and I recognise the credit for a guilty plea - but I sentence you on the basis that it will express society's repugnance of your behaviour."

Sanjay Jerath, prosecuting, said the woman did not provide a statement for police officers, who relied on the CCTV.

"This was a prolonged incident where a number of times the defendant was kicking out at her," Mr Jerath added.

Bill Soughton, mitigating, said Moses was "so shocked by his behaviour" that he has not seen the film; he accepted he had "acted completely improperly."

He said the couple had been together for 13 years and she had not sought a court order to keep him away from her.

The pair both organise Caribbean festivals on a voluntary basis "to assist in keeping youngsters out of trouble".

They had been out together and were due to celebrate a friend's birthday the next day.

"An argument began because Mr Moses said it was time to go but she went back to a nightclub. He went out again to look for her.

"There were some kicks to her legs but not punches to her face. I am not saying it is not a serious attack, clearly it is," said Mr Soughton.

He said the criminal conviction could have a serious effect on Moses, 40, of Shirley Road, Hexthorpe, Doncaster, who was ordered to pay £100 compensation to the woman, who lives in Nottingham.

It could mean the loss of a licence to work as a cabbie, and another to provide alcohol at festivals, added Mr Soughton.