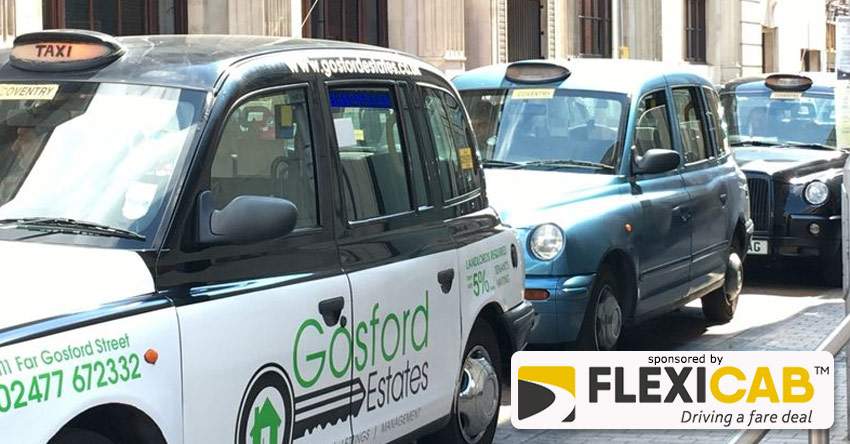 Controversial price hikes for Coventry taxis have been approved, despite protests from cabbies that it would be putting their trade on the brink of extinction.

In contrast, neighbouring authority Birmingham charges £164 for a three-yearly licence renewal, while Wolverhampton charges just £140 for the same service.

During a council consultation on the increases, 93 objections were lodged, while a 292-name petition was also handed over by union Unite opposing the new charges.

At a meeting on Tuesday (August 20), council officer Sarah Elliott said the increases has been proposed to cover the cost of administering the taxi service.

She said: “These charges are put forward to make sure the taxi licence process is not putting pressure on the council.

“As we stand here today, we are operating in a deficit.

“If we stay as we are we would move into a significant deficit.”

“They are struggling at the moment and they are getting £15 sometimes just sitting and waiting as the work is just not coming.”

Cllr Becky Gittins also questioned if charges above the rate of inflation were “reasonable”.

She added: “I recognise what you said about not charging more than we spend, although I do not think that is necessarily a justification to increase it to the maximum.”

Ms Elliott admitted cabbies would likely be paying lower fees if Uber were licenced by the council.

Uber drivers have been obtaining licences from other neighbouring authorities and then operating in Coventry rather than applying through the Coventry licencing system.

Cllr Tim Mayer, the only councillor to vote down the increases, said getting Uber licenced would help to “level the playing field” for cabbies.

But Ms Elliott said the authority has no control over Uber and is only following legislation in regards to its own licenced cabbies.

The council has also not increased fees since 2009, the committee was told.

Cllr Balvinder Kaur said: “We fully support you but we also have pressures.

“This is not a money making exercise for the council. Licence fees cover the cost.”