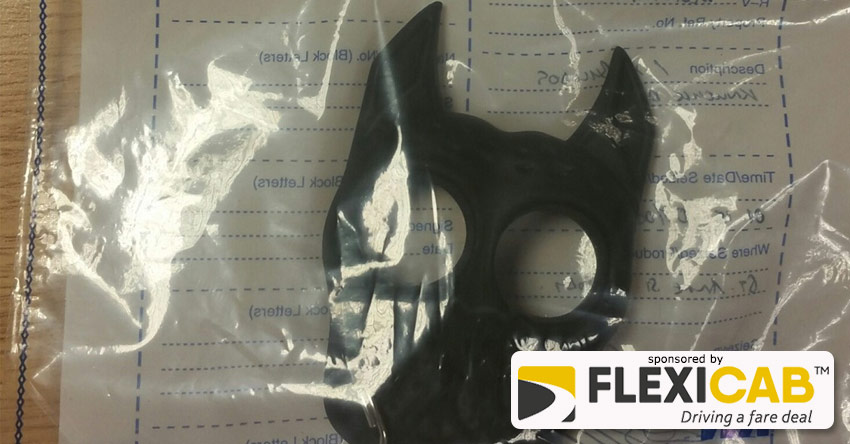 Police Officers caused a taxi to stop on Bluebell Lane in the early hours of the morning due to the manner of driving.

The male driver tested positive for cannabis on a drugs wipe and was arrested for a s5a Drug Drive Offence. During the incident, the below knuckle duster was also seized from the male and he was further arrested for Possession of an Offensive Weapon.

The knuckle duster, whilst it may look like a toy / key ring, is an illegal weapon to possess and its' only purpose is to cause harm / injury to a person. The key rings are advertised as 'self defence' items; this is not a legal justification to possess an offensive weapon of this nature.

Merseyside Police will continue to remove dangerous weapons from our streets and reduce violent offences as part of Operation Target.