TAXI DRIVER WHOSE 25-STONE PASSENGER CHANGED HIS WILL HIT WITH £50,000 COURT BILL 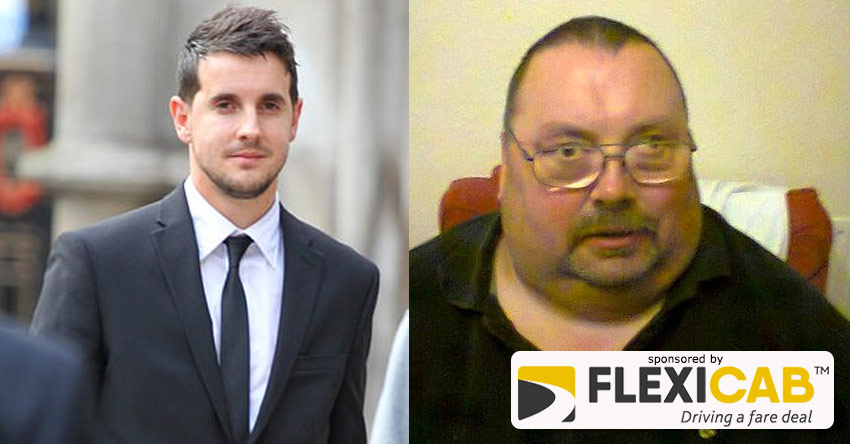 A cabbie whose 25-stone passenger left him his house over a pint in Wetherspoon's is now facing a £50,000 court bill after the will was overturned.

Dean Hughes, 34, claimed Gary Mendez, 57, wanted to leave him 'everything' because he spent years regularly ferrying him to pubs when other cabbies would not take him because of his weight.

Hard-drinking Mr Mendez made out a will in the cabbie's favour over a drink in a pub three months before his death in May 2016.

The judge said Mr Mendez, a steam railway enthusiast, was in very poor health and had already been drinking when he signed the will in the George Hotel, in Hailsham, in February 2016.

'I have great doubts whether Gary had a proper understanding of the contents and effect of the 2016 will,' he said in his judgment on the case.

He added: 'It must be likely that the pint on the table was not his first drink of the day.'

The court heard Mr Mendez met his partner when he was on a cruise in 2001 and Mr Rodrigues was working as a steward.

They began a relationship and, in 2003, Mr Mendez went to see him in Goa and convinced him to give up his life at sea.

After working his notice, Mr Rodrigues moved to England to be with his partner, ultimately moving into his Tollgate Gardens home with him in 2012.

Mr Rodrigues told the court his civil partner was a 'very generous and caring man' who he had 'fallen in love with'.

However, he suffered with health problems, was obese, a heavy drinker and had had a stroke.

As the years passed, he became more forgetful, confused and irritable as Mr Rodrigues provided unstinting care for him.

'He told me that it would always be my home whatever happened, even if our relationship broke down,' Mr Rodrigues told the judge at Central London County Court.

'I thought we would be together for a very long time. It never occurred to me that he would be gone at such a young age.'

But Mr Rodrigues told how, two days after his partner's death, he was told by taxi driver Dean Hughes that there was a new will.

In it, Mr Mendez instead left his house to Mr Hughes, who had been his regular driver, ferrying him to pubs in Eastbourne, Hastings and Hailsham.

Mr Hughes said he had been friends with 25-stone Mr Mendez and was his preferred driver, because others would not take him because of his weight.

After being told by Mr Mendez that he wanted him to have the house, they arranged the wording of a new will over the phone, said Mr Hughes.

He then took him to Wetherspoon's at 11am on a February 2016 morning to sign the will in front of witnesses.

Challenging the will, Mr Rodrigues argued that Mr Mendez was so badly affected by his health and alcohol that he did not fully understood what he was doing.

Mr Hughes initially said no alcohol was consumed before the will was signed, but later admitted a pint of bitter was bought for Mr Mendez, said the judge.

'He had ultimately to accept that alcohol had been purchased, and was on the table, before the 2016 will was signed,' he said.

Mr Mendez was a heavy drinker and the evidence showed it was 'likely' that he had drunk alcohol earlier that day, the judge continued.

He rejected the claim that the pub will was forged or was signed under the 'undue influence' of the taxi driver.

But he said Mr Mendez's mental state was so affected by the ravages of drink and his health conditions that it could not stand.

He was 'no longer able to comprehend' the effect of what he was doing, he said.

'In my judgment, Gary, by this time, no longer had a balanced view of the claims to which he ought to give effect, and in particular had lost sight of his previous promise to leave the house to Hermes,' he ruled.

During the trial last November, Mr Hughes claimed that Mr Rodrigues was a 'freeloader' and denied that he and Mr Mendez were still partners when he died.

But the judge said he was convinced that the couple remained civil partners right up to the time of Mr Mendez's death.

Mr Rodrigues had given up his job and moved halfway around the world to be with Mr Mendez, caring for him and looking after him as his health deteriorated.

'On any basis, he made a substantial contribution to Gary's welfare over a significant period of his life,' he said.

He ordered that the house be transferred to Mr Rodrigues and ordered Mr Hughes to pick up 85 per cent of the lawyers' bills in the case.

It means Mr Hughes faces a total bill expected to run to over £50,000.