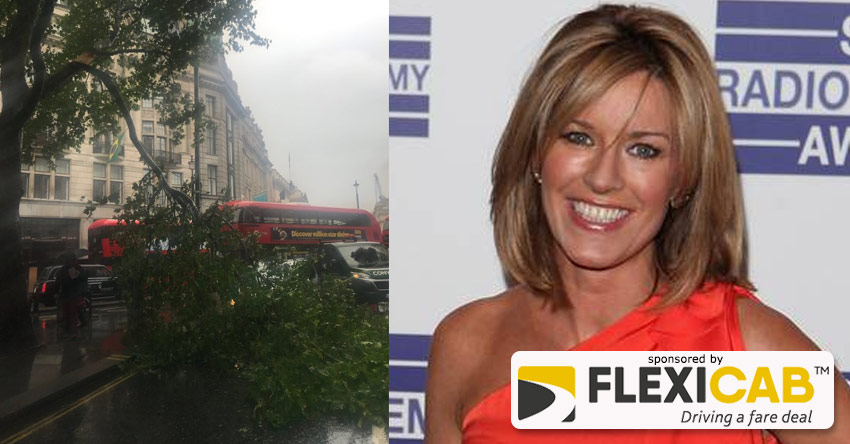 The popular journalist and host was travelling through London's Trafalgar Square when part of a tree fell on the car.

She said that while the incident had been a huge shock, luckily nobody was injured.

"Huge noise and quite a shock as it landed on the roof, but no one hurt in our taxi or the car next door," the 51-year-old wrote on Twitter.

The Belfast native followed in her mother Adrienne's footsteps and began her career at BBC Northern Ireland.

She also worked at UTV before leaving Northern Ireland to work for NBC Asia in Hong Kong.

Mrs Catherwood returned to the UK to work for ITV before departing for the BBC where she currently hosts a number of shows on BBC Radio 4.