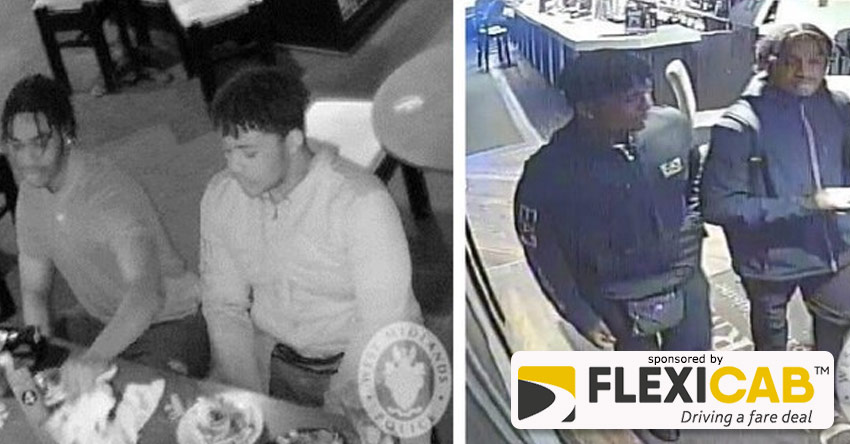 The driver was targeted outside the Bradford Arms pub on Pleck Road, Walsall, as he attempted to pick up a customer.

Police have now released CCTV images in a bid to trace those wanted in connection with the attack on April 29.

The victim arrived at around 8.15pm, but five people got into his taxi.

When the driver told the customers he was not licensed to carry that many people, one of the group punched him in the face several times and threw his mobile phone on the ground.

The taxi driver was then hit with a machete, causing an injury to his head.

Anyone with information is asked to contact police via Live Chat at west-midlands.police.uk between 8am and midnight or call 101 anytime quoting 20WS/102360B/19 or Crimestoppers, anonymously, on 0800 555 111.