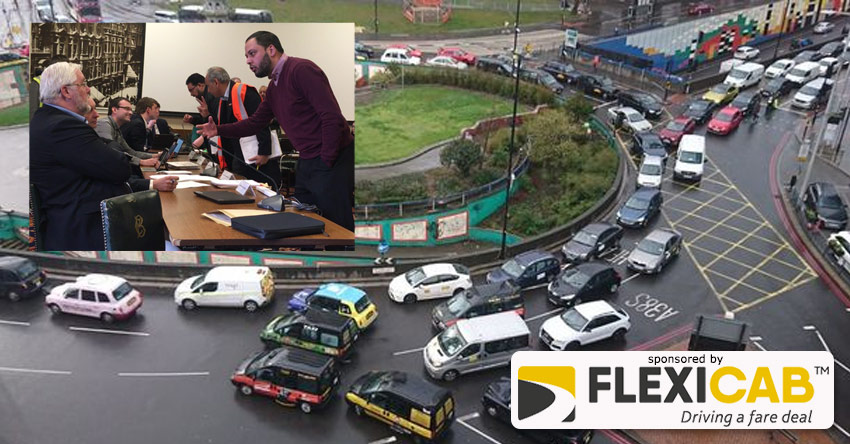 Birmingham taxi drivers have announced two weeks worth of go-slow protests around the city centre after claiming they have been 'steamrolled' over the Clean Air Zone.

The Rail, Maritime and Transport (RMT) union, which represents hundreds of black cab drivers in Birmingham, confirmed it will hold the first demonstration between 8am and 10am on Tuesday.

They will conduct another go-slow between the same times the following day before then targeting the evening rush hours.

Hundreds of diesel black cab drivers face having to upgrade if they are to avoid the fees.

The RMT has staged a go-slow protest earlier this year which ground part of the city centre to halt.

The union initially cancelled plans for further demonstrations while they attempted to negotiate with the council over a new emissions policy setting out the detail around how Hackney Carriage drivers would be impacted by the Clean Air Zone .

The authority made a number of changes but did not meet all the demands of the taxi drivers, which included exemption altogether from the charge and more money towards converting their cars to LPG or buying a new compliant vehicle.

But drivers reacted with anger when they were informed they would not be permitted to speak at the meeting which had to be suspended for several minutes until they calmed down.

He said: "We feel there have been no meaningful discussions or negotiations and no real changes to the initial proposals."

Referring to the meeting itself he added: "This policy was steamrolled without any consideration given to any views or input from the RMT, floor or any other organisations."

The Government has approved Birmingham's full business case for the Clean Air Zone which included £15m worth of funding measures to support black cab and private hire drivers.

Cllr Barbara Dring, chair of the licensing committee, said last week the council had 'done the best we can' for the drivers.

While Chris Neville, the council's former head of licensing who has retired in recent days, had said 'there is no other way' for the authority to meet government demands to reduce pollution levels over the next two years.

A council spokesman added: “We consulted with the general public and the taxi and private hire trade to prepare licensing policies in readiness for the Clean Air Zone and, as a result of feedback received from almost 1,400 individuals and organisations, made a number of changes to our proposals.

“These include replacing the emission standard due to take effect from 1 January 2020 with a vehicle age policy, as well as making the option of a retrofit available to a much wider range of taxis.

"Additionally, drivers who book a retrofit before 1 January 2020 but cannot be accommodated by a retrofitting centre until after that date will be exempt from the Clean Air Zone charge until that work can be carried out.”

The times and dates of the protests are as follows: