ALBANIAN DRIVER RAMMED TAXI INTO WALL IN 2AM MIDDLESBROUGH ATTACK 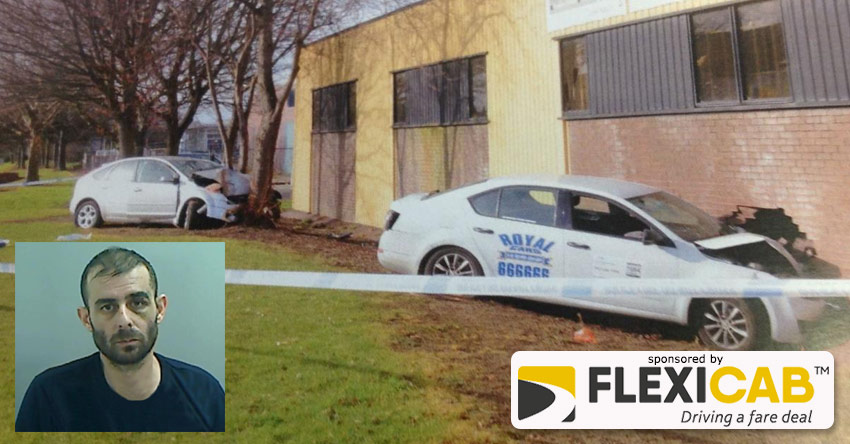 A MANIAC driver rammed a taxi off the road and injured the four occupants – and almost killed himself.

Shptin Qelia and three fellow Albanians had earlier boxed in the Royal Cars cab and attacked it with planks of wood.

The taxi driver managed to reverse away and get around the Ford Focus and race off, but his Skoda Octavia was followed at speed close to Middlesbrough town centre.

The 2am drama took in Princes Road, Kingston Street and Union Street, before the cabbie tried to make it to a police station.

As he slowed to negotiate the junction with Newport Road, the Focus driver sped up and shunted him off the road and into a brick wall.

Qelia lost control of his car and smashed into a tree, knocking himself unconscious, Teesside Crown Court heard yesterday.

The 37-year-old painter was abandoned by his passengers, and needed life-saving surgery for a ruptured aorta.

The taxi driver had severe pain to his knee and hip and had to have glass removed from his head after his windscreen shattered, while a passenger suffered soft tissue damage to his abdomen, hip, foot and ankle.

But the most badly hurt suffered a fractured vertebrae and rib, while his friend needed an operation to put plates into his right arm to repair a “multi-fragmented fracture”, said prosecutor Harry Hadfield.

The Focus driver – who had never passed his test and was not wearing a seatbelt – was also taken to hospital, and police found pieces of wood, an axe, a wooden pole and false Italian identity documents in the car.

Qelia, of no fixed abode, was jailed for three-and-a-half years after he admitted two charges of causing serious injury by dangerous driving, possessing an identity document with an improper intention, having no insurance and driving without a licence.

His barrister Nigel Soppitt said he had been smuggled into the UK in a lorry ten weeks before the incident on February 19, and had come for work so he could save up to get married.

“The injuries he caused were, of course, very severe. His injuries, caused by himself he has to concede, were also severe. He was moments away from death."

Judge Simon Bourne-Arton, QC, told Qelia: “It is quite clear that you were part of a plan to cause an accident. This is as bad a case as there can be.”