HOW BOOKING A TAXI CAN HELP ADORABLE AUDRINA'S CANCER FIGHT 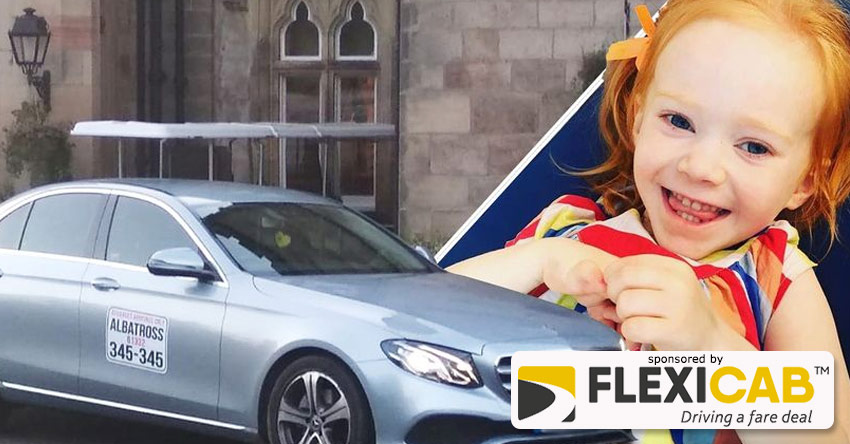 A Derby taxi firm wants to raise thousands of pounds in its bid to help a little girl receive vital life-saving treatment in USA.

Albatross Cars is donating 10p from every journey done this week to help four-year-old Audrina Hatton-Wright.

Audrina was diagnosed with neuroblastoma last year after she complained to her parents about pains in her leg and groin.

The condition means the brave youngster, from Duffield, needs £200,000 worth of specialist treatment to give her the best possible chance in her battle for life.

A Go Fund Me page set up for Audrina, titled 'Dancing for Audrina' has so far raised more than £30,000.

This has been helped after Audrina and her family were invited to Pride Park Stadium a fortnight ago to watch Derby's home game against Sheffield Wednesday.

The match saw Audrina lead the team out with Rammie and dance in front of Frank Lampard and players in the Rams changing room before the match.

A video of the youngster singing Derby County song Steve Bloomer's Watching after her visit has gone viral.

And days afterwards she then got a special video message from her favourite girl group Little Mix.

Albatross director Faz Mansha said everybody at the tax firm had been moved by Audrina's story since learning about her plight.

The firm want to raise as much money as possible, ideally around £2,000, and present a cheque to the family next week. The donation rally expires at close of play on Sunday (March 24).

He said: "Please support Albatross Cars in fundraising for Audrina.

"Your support will help secure Audrina access to medical treatment not currently available on the NHS."

Audrina's mum Gemma said: "I think it is really nice gesture from Albatross Cars and hopefully it will make people want to get a taxi with them because some of the money will go to Audrina.

"We use Albatross Cars oursleves and we are so grateful to them. I think they will be able to raise a lot of money from it and that will a lot for Audrina."

To visit the Go Fund Me page and make a donation click here.